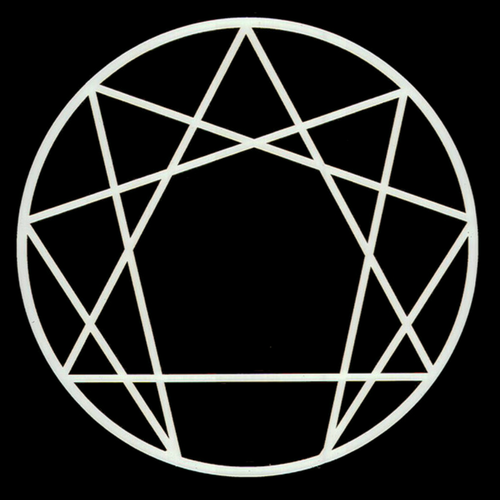 The Enneagram is a very useful tool for developing self-knowledge and opening the doors to direct experience of presence.

In many traditions, we find the idea that all humans contain vices, flaws of character that brings us at odds with life, and that these vices can be countered by the cultivation of virtues. For example, Buddhists speak about the three poisons of ignorance (moha), attachment (raga), and aversion (dvesha) as the root causes of suffering and of wisdom (prajna), generosity (dana), and loving-kindness (metta) as the antidotes to these three poisons. Christians speak about the seven deadly sins, which can be countered by the seven heavenly virtues. And one of the sources for the Christian idea of virtues lies in Greek philosophy of Socrates/Plato and Aristotle.

Psychomachia, a famous Christian poem by Prudentius Clemens, portraits an epic battle between the seven deadly sins and the seven heavenly virtues. And the process of cultivating virtues is often seen in this way: As a battle against the devilish forces within us. This conception of the process of cultivating virtue is useful, but using it too much we risk developing animosity towards certain aspects of ourselves and creating inner splits. The very battle for virtue can turn in to a breeding ground for vice. Our pursuit of virtue may become a hidden outlet for our anger. Our cultivation of humility may become a home for our pride.

The Enneagram merges the Buddhist and Christian views on vice and virtue with modern psychology. In the Enneagram the vices are described as originating in the coping mechanisms the child uses to deal with the family system. This view gives us the possibility of cultivating virtue in a loving way, by developing a keen sensitivity to and a compassionate understanding of our vices. We will neither let the vice take control, nor a split off or reject the vice. By being present with the vice, we may develop compassionate understanding and learn to perceive the divine origin of the vice. This in turn transforms and dissolves the vice in us into wholeness.

In this workshop, we look at the nine complexes of mutually reinforcing behaviours, emotions and thought patterns that together make up the Enneagram view of vices. Becoming aware of these and learning to recognise them as they play out in your own life, can liberate you from them. Once your awareness is liberated from these patterns, you will get in touch with resources in yourself that was otherwise obscured by these vices – the Enneagram version of virtues.